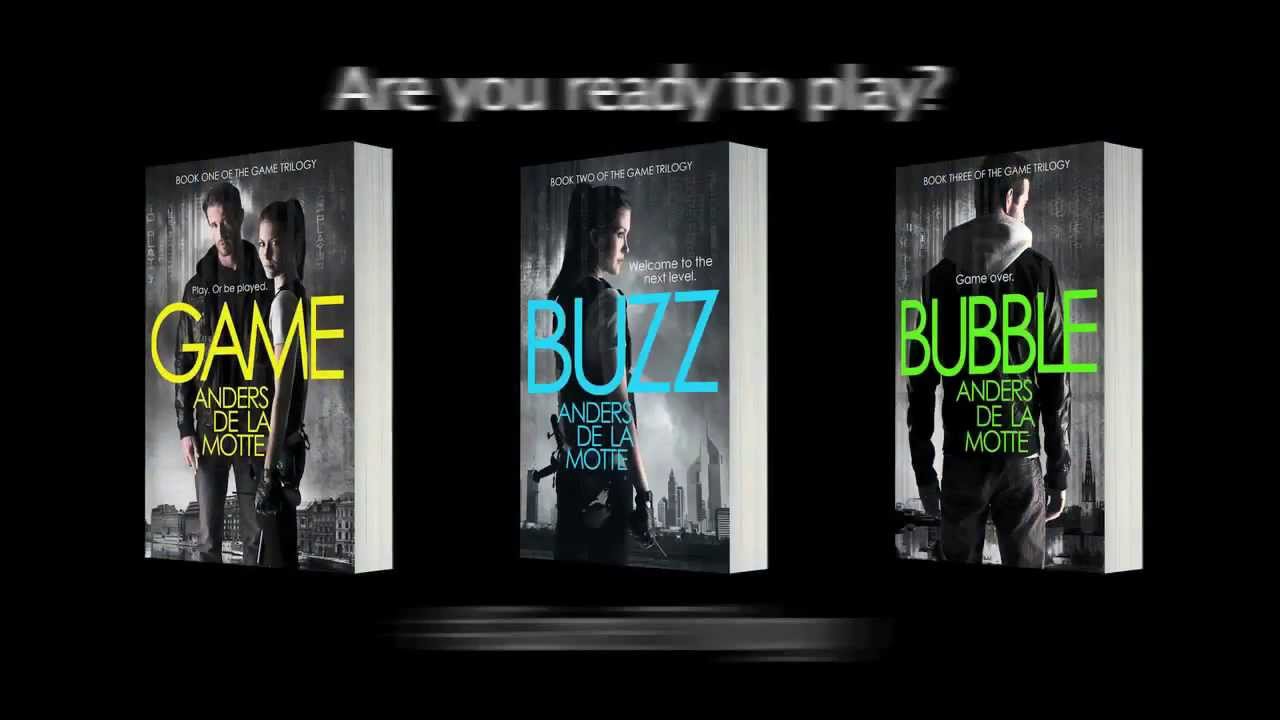 “Play or be played in book one of the Game Trilogy , the Swedish thriller series taking the world by storm.

Are you ready to play?

When Henrik “HP” Pettersson picks up a mobile phone on a Stockholm train one morning, he has no idea that his life is about to change forever.

The phone’s invitation to play “The Game” is too tempting to resist and he soon finds himself embarking on a series of dangerous missions. The more daring the task, the greater his thrill and reward.

But fun soon turns to fear as his Police Detective sister is dragged into the action. As their lives spiral out of control, HP faces a challenge he never expected. Can he outwit The Game before it’s too late, or will The Game play him?”

If a mysterious message popped up on a mobile phone, would you read it? Would you do as it instructed, even if it meant breaking the law? Perhaps you’ve seen on Twitter or Instagram over the last few days Candidate 127 as he too plays the Game. What can go wrong?

With a premise like that, I approached this novel with nervous trepidation. Would it like up to the hype? And could it maintain a whole book, let alone a trilogy? Thankfuly, I wasn’t let down and quickly devoured the book over a weekend.

Game begins in Sweden with our down-on-his-luck hero Henrik Petterson, or HP, as he’s known, discovering a mysterious yet sleek high-end mobile phone on a train. Up pops a mysterious invite on screen to play the Game, asking HP to play a prank/steal an item from a fellow passenger, earning him some well earned money. It also gives him points, launching him up the leaderboard and gaining him an anonymous fan base clamouring for more. Soon though, the stakes begin to rise…

As HP begins to play the Game, the stakes escalate and I liked what the book had to say about questioning how far people would go for virtual fame and fortune. It also has an interesting protagonist, one that at times I pitied but slowly found myself rooting for. He’s unemployed, resorts to petty theft, takes drugs and sponges off his family. He’s not that likeable to begin with and we often hear his thoughts as part of the narration. This was the only part of the book that didn’t quite work and niggled with me, as at times it sounded clunky and a bit too immature, but at other moments HP was rather funny and showed a much different side.

It does speak volumes that the Game picks HP out as an ideal player and also how quickly HP takes to it. de la Motte shows how fragile egos are and the desire for approval is readily exploited as HP enjoys the adulation he receives as he plays out his dangerous missions. It becomes an extreme (and criminal) form of social networking.

Another character Rebecca is a member of the Swedish police and very quickly their two paths cross. She moves through the ranks, becoming a bodyguard protecting high ranking politicians, and we see her struggle in a male dominated occupation. I liked Rebecca and the glimpses into her murky past were as intriguing as HP playing the Game. I can’t say much more about her without spoiling her story but she felt rounded and real as a character.

I suppose you could categorise Game as a techno-thriller and one area where this does succeed is that it neatly dodges the problem that many of these books in the genre face: they date very quickly. I remember reading The Girl With The Dragon Tattoo and a long passage detailing Salander’s MacBook. It instantly dated the moment and went against the character, who lives and breathes technology, but is lumbered with an old machine. Here, you get a sense of the when and the what, but it won’t date in the process.

Would I play the Game again? Yes I would.

The pace quickens as the book progresses, and as does the intrigue, as HP finds himself being drawn further and further into the Game. We never quite know who is playing who and the twists and turns keep you on the edge throughout. Would I play the Game again? Yes I would and look forward to the next one. Two more books feature in the series, Buzz and Bubble. Just look out for those messages from the Game Master…