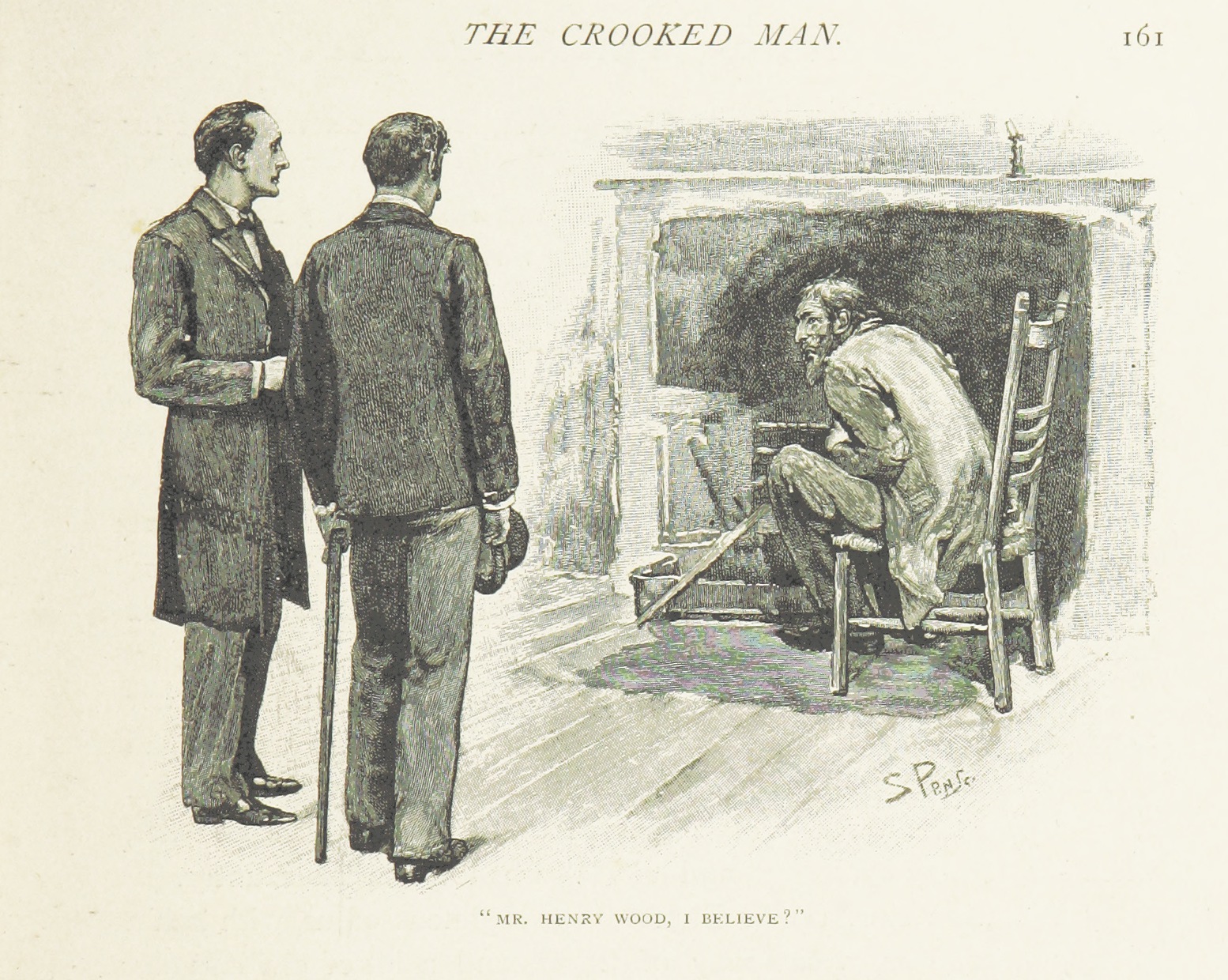 Strange footprints lead Holmes and Watson to an unlikely answer to a murder.

Colonel James Barclay has been murdered by his wife Nancy from inside a locked room. When their servants finally manage to break in, Barclay is found dead from a head wound but the key to the door is nowhere to be found. Barclay’s face is contorted in feat and the servants swear that they heard the word ‘David’ vein uttered during the argument. Even stranger are a number of footprints in the garden of a man and a strange animal…

Holmes visits a newly married Watson to detail the aspects of the case. We learn that this is a rather dark episode that followed the Indian Mutiny and the rather gruesome details of exactly who and why there is a crooked man. It felt like a fairly straightforward story with a few too many red herrings or unnecessary details that try to trick the reader. I’d hoped for a classic locked room mystery but here it doesn’t quite live up to the idea.

Here we come ever so close to Holmes’ now famous but never actually uttered, catchphrase:

“I have the advantage of knowing your habits, my dear Watson,” said he.
“Excellent!” I cried.
“Elementary,” said he.

Tomorrow it is The Resident Patient….