I always feel like Autumn is a great time to read some classic literature. I think it’s something about the golden leaves, the mist, and the last rays of sunshine, which makes me nostalgic. My favourite classics are those by the Bronte sisters and Jane Austen, and it’s a privilege to be working for a publisher – Vintage – who’ve created some beautiful editions of Jane Austen’s six novels, and Charlotte, Anne and Emily’s best known works. So, I thought I’d take a few pictures and share them with you too.

The Vintage Classics Bronte Series is published on 5th November 2015, and the jacket designs sum up perfectly the wild nature of the books, in terms of their setting and the passionate characters within them. 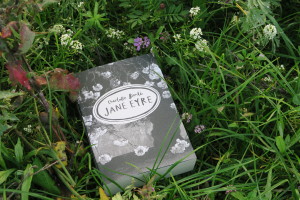 Jane Eyre was my first Bronte – I read it in two parts, starting when I was eleven, and then finishing when I was twelve. I was inspired by Jane’s bravery and determination not to settle for second best, and captivated by the dark and mysterious Mr Rochester. 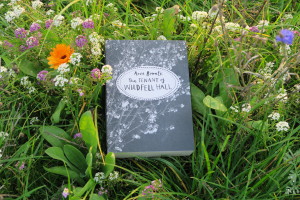 The Tenant of Wildfell Hall is definitely the most feminist of our trio, and also, distressingly to me, the least known. I think perhaps it was a little before its time – it’s a story of a single mother attempting to escape her abusive partner – and I’d love more people to discover it. 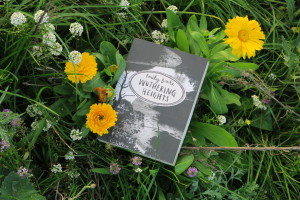 Wuthering Heights is a odd one – definitely a marmite book. Some people find the tragic romance intoxicating and some find the behaviour of Cathy and Heathcliff infuriating. I’ll leave you to guess which camp I’m in, but there’s no denying the jacket design is glorious. It’s been a long time since I read Wuthering Heights and I’m definitely tempted to give it another try.

And what about Jane Austen? While I think the Bronte Classics, with their floral landscape covers, definitely belong outside, I feel like Jane Austen’s comic and satirical portrayals of Regency society are indoor pleasures. Maybe the weather’s not great; put the kettle on and settle down with one of these gorgeous editions, published by Vintage Classics in summer 2014. 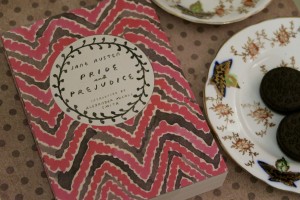 Pride and Prejudice was my first Austen (no idea why *cough* Colin Firth *cough*) and remains my favourite. I adore Lizzie Bennet; she’s headstrong, intelligent, forthright as well as loyal and loving, but she’s also able to be self-critical. Mr and Mrs Bennet, and Mr Collins, are works of cringeworthy comic genius, and I love the way in which Austen’s characters really are just trying to make the best of the often tricky situations in which they find themselves, particularly the women. 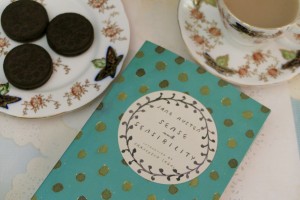 Sense and Sensibility is also a funny and intelligent read, as a widow and her daughters find themselves disinherited by what seem – even at Austen’s time of writing – to be ridiculously outdated rules of entailment. They’re forced to live in vastly reduced circumstances, although they’re looked on kindly by their new neighbours, and the story follows them negotiated love and the mores of society. I do love the way in which Austen emphasises the positiv 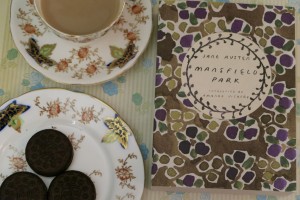 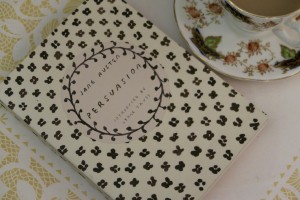 Persuasion and Mansfield Park are a lot more serious in tone. Theyr’e dealing with similar issues – the way in which women are often forced to compromise because of their position in society – but the plot lines are darker. There’s death and, in Mansfield Park, the implication of rape, and perhaps this more serious feel is why these novels are less popular over all. I’d highly recommend both, for a taste of feminism before the word has even been invented. 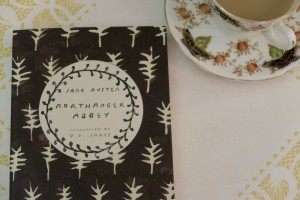 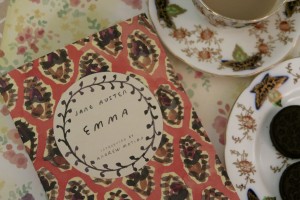 Northanger Abbey is Jane Austen’s gothic novel, but meta – its heroine is a huge reader of gothic novels, which were hugely popular at the time. When she visits the eponymous abbey, her imagination starts to run wild. Northanger Abbey is Austen’s first full-length published novel, and is quite short, but great fun – a real adventure.

Emma… Ah, yes. This is the one Austen that I’ve not read all the way through, although I did watch the excellent BBC adaptation a few years ago. I’m afraid that Austen’s characterisation is just too effective, because I found Emma herself infuriating to the point of putting the book down halfway through, and I have to admit I’ve never picked it up again. I must give it another try, and I’d also like to read Jane Austen’s juvenilia too. Perhaps this autumn will be that time – after I’ve reread those Brontes, of course!

What’s your favourite classic novel? I’d love to know. Do you find yourself reaching for a certain genre or author at this time of year?

For more information on Vintage Classics, head to the Vintage Books website

One Reply to “Autumn Classics – Bronte vs Austen”