Recently I reviewed Kate Pullinger’s The Mistress of Nothing, a story tinged with excitement, mystery and the heat of Egypt. I was fortunate enough to be a part of Kate’s Virtual Book Tour and so I asked her a few questions about her novel, what she’s working on next and also some advice for budding authors.

In the press release, it states that you took over ten years to write the novel. Did you ever feel like giving up? Very little is known about Sally, there is no photograph of her that we know of, so was telling her story and what it illuminated of the time what drew you to it? Was it always going to be her account and her narration from the beginning?

Despite the myriad problems I had with this novel, and the fact that I abandoned it a number of times, I never did consider abandoning it completely.  Throughout all that time the true story of Sally and that moment in the boat on the Nile on Christmas Eve stuck with me.  But you are right – there is nothing known about Sally and what happened to her after she left, and this was what opened up the story as a fiction (as opposed to biography or history) for me.  I always feel like she drew the short straw, to put it mildly, and I wanted to know what happened to her, so I had to make it up!  So her story was always my focus but it took me years to figure out the best way to tell that story.  I really struggled to find the right point of view or narrative voice – of course, with hindsight, it seems completely obvious that the story had to be told in the first person from Sally’s point of view – but this was not clear to me for a long time!  Another factor that kept me going was Egypt and that period of history – so interesting, such a beautiful and complicated country, and Luxor itself is a place of great magic and mystery.

I enjoyed how you really felt that you were there in Egypt and got a sense of the time and place. How much research was needed and how did you ensure the balance between setting the scene and focussing on the story?

I did a huge amount of research and then had to forget it all in order to tell a good story (as opposed to writing a very bad historical account!).  But I love research, so that was pure pleasure.  For me the Nile and Egypt and Luxor are a huge part of the story so finding the balance between that and the story wasn’t difficult – the country is almost like an extra character in the story.

Staying with the depiction of Egypt, you show us the majority of the Egyptian people as kind and welcoming, happy to accept Sally and Lady Gordon for who they are and the British as being judgemental and critical, exposing themselves to be backward and fixed in their thinking. This is in combination with the unrest in Egypt and the friction that occurs between the two cultures. How did you go about dealing with these issues and the culture clashes, while acknowledging the attitudes of the time in comparison to our own today?

This is difficult and I won’t really know whether or not I’ve succeeded until I have more Egyptian readers.  Of course we always tend to project our own values backwards into other times, and I’m sure I’m as guilty of that as the next writer.  Culture clashes are a theme I’ve explored in a lot of my writing; it is something that fascinates me (perhaps because I’m a foreigner in the UK, coming originally from Canada).  One thing I took very seriously was trying to get the elements of Islam present in the book correct, and to get that right in terms of my Egyptian characters.  I also spent a number of months with an Egyptian tutor trying to learn Arabic, which turns out to be extraordinarily difficult!!!  There are many contemporary resonances in this story and even the power relationship at the heart of the book – Lady and maid – is not obsolete in the 21st century!  Lady Duff Gordon was a true radical in terms of her attitudes toward Imperialism and having her as a prism through which to view Egyptian politics of the time was immensely helpful.

In my review I touched upon the sense of ‘blame’, how to an extent I expected Sally to despise Lady Gordon for treating her in such a way, yet you are left with very mixed feelings. In moving away from Europe to a difficult culture the two women become freer, almost becoming equals and there is a sense of duty and respect between the two women. Yet sadly, neither can escape their upbringings and the situation Sally finds herself in is a product of the times. As the novel concludes though, Sally seems to have a brighter future ahead of her in one way, with options that she never had before. Would you consider exploring Sally’s story further at all in the future? Perhaps looking at the new place she finds herself in within society?

I wouldn’t rule out revisiting Sally in Egypt at some point!  Egyptian history in the 19th and 20th century is really very interesting and to set a story at a slightly later date would be fun. However, I can’t imagine doing that anytime in the near future.  This book took me so long to write, finishing it was most peculiar – I was so accustomed to having it nag at me at all times.  I miss it, but it is also a great relief to have finished it, and now to see it in the world in the lovely edition that Serpent’s Tail have published.  Let’s wait and see how it does, how it makes it’s way in the world, and what readers think of it!

And just touching on the writing process itself, what are you working on next? With your writing, do you have a set routine or structure when working on a project? And what advice would you have for other writers or would-be writers?

At the moment I have three main projects, all very different.  I’ve been commissioned to write a libretto for an opera based on ‘Dorian Gray’ – my first ever libretto, so that’s a steep learning curve but very exciting.  I’m also co-creating nine multimedia short stories aimed at secondary school kids, with my digital collaborator Chris Joseph, for educational publishing Rising Stars.  And I’m collaborating with an artist called James Coupe on a project that creates films using facial recognition software – the first stage of this is taking place in Ulverston over the summer.  These last two projects reflect the other side of my writing life, which is working on digital projects.

I try to carve out as much writing time as possible and I seem to be getting a bit better at that currently – the demands of e-mail, twitter, blogs, and all the other online communication sometimes feel overwhelming to me, but I do seem to be getting better at shutting all that off when I need to.  Famous last words.  I also have a half-time post at a university where I teach creative writing and new media – I mostly teach online, so that’s another time management challenge.

My main advice for would-be writers is:  find a good story and stick with it and remember that, with writing fiction, speed is not a virtue.

The Mistress of Nothing is published by Serpent’s Tail and is out now. For more information, see katepullinger.com

The Mistress of Nothing 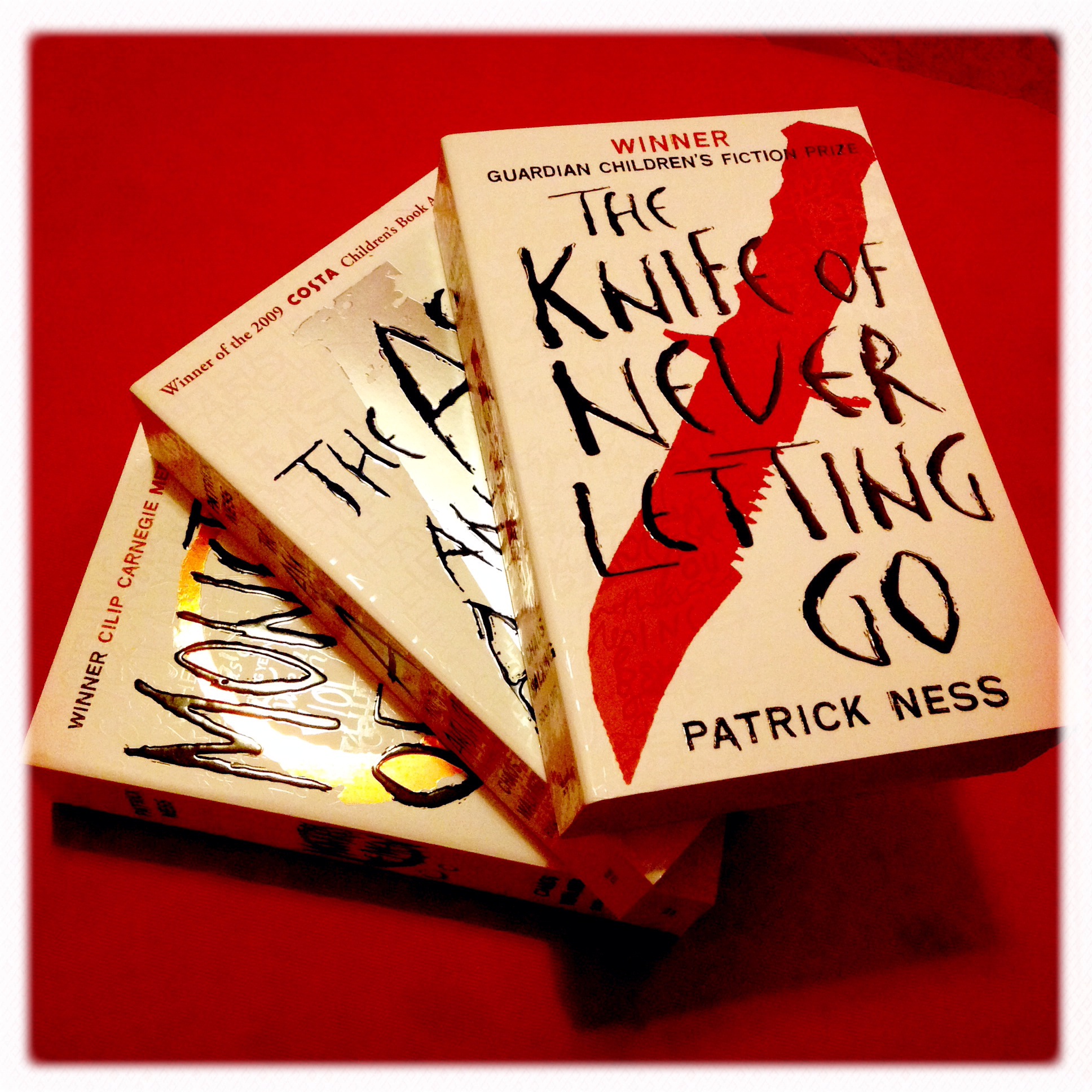 The Book That Made You Cry: Levels of Life and The Chaos Walking Trilogy #bookadayUK