We’re really pleased to bring you this interview with Lydia Netzer, about her wonderful book Shine Shine Shine, in which we discover how difficult it is to live up to your own expectations, and those of others, especially when you don’t see the world the same way as everyone else.  I wanted to ask Lydia about how she came to write the book in the way that she did…

AWW: Do you think this is a book only a mother could have written?

Lydia: I hope that this is a book only a woman could have written. I am always interested in the changes women go through as they morph identities: girlfriend to wife, wife to mother, mother to grandmother, and how they reinvent themselves in different roles: student, career woman, homemaker, etc. At this particular moment in time, the role of a woman is very complicated and hard to define. We expect much of ourselves, to the point that we seem to want to do everything all at once, just because we can. And there is a lot of shaming that goes on — career women looking down on women who stay home with their kids, and stay at home moms looking askance at women who work. I wanted to express something about what it’s like to be a female, right now. Empowered everywhere, but somehow never good enough.

AWW: Do you agree with Sunny that motherhood essentially changes the identity of a woman? If so, in what ways?

Lydia: Absolutely. Especially during the first few years of motherhood, you become an almost unrecognizable baby-worshiper, obsessed with the various virtues of diaper brands and able to tolerate hours of toddler television without stabbing out your eyes. One fantasizes, during this time, about getting back to the person you were before you had kids — the person who could finish a coherent thought or control a recipe with more than three ingredients. However, almost every mom I know, as their kids get older, finds that they really don’t want to “go back” to that pre-kid identity, that as they move out of the diaper/mashed carrots/minivan stage, they’ll move onto something much better, having been changed by their kids in all the best ways.

For example, when I was a kid in college and graduate school, I played in bands. When I had kids, I put away my electric guitar for many years. It was always something I wished I would return to — playing music, being on stage, etc. When I did come back around to it, I found I wanted to include my child in the experience. He was an accomplished violinist, a much better musician than I ever was, and playing music together was a way we could communicate and bond that I really appreciated. So instead of returning to that pre-kid identity of girl rocker, I formed a band with another mom and her kid, and we became mom rockers. And loved it.

AWW: I loved the contrasting combination of family with a very mathematical, pragmatic view of the world; do you feel that’s a masculine view or is it something we could all use sometimes?

Lydia: I don’t see it as masculine really. I see the world this way many times myself, and I have other female friends who are far more engineer brained even than I am. In drawing lines between emotion and logic, or between humans and robots (or women and men), I think we fail to understand how much of life is programmatic, how much of parenting is like installing code, and how many things we say in a day are rote or scripted. And that’s not a bad thing! I am fascinated by artificial intelligence, and the idea that you can break down human behavior into codes and scripts. Of course my character, Maxon, does want to draw the line somewhere, but where? With regret? With love? I wonder, though, if these things could usefully be programmed as well.

AWW: Despite the missionary calling of Sunny’s father, your characters aren’t noticeable religious. Would you say religion or spirituality is important?

Lydia: I know a lot of people who say they’re spiritual, but not religious. I find I’m the opposite. I love religion — the tradition, the ritual, the sense of a community agreeing on shared values, the way people from different generations work together in a parish or other religious community. We attend a very progressive-minded Episcopalian church that happens to meet in a gorgeous cathedral, one of the most traditional looking churches in our country. This is perfect for me because while I reject a lot of conservative attitudes, I go in big for the smells and bells, the way the liturgy is sung, the way the altar cloths change with the seasons. To me this is a very human thing — chanting, burning candles, reciting creeds, finding common ground.  For me it’s about shared values, a strong community, being mindful of history, and finding good examples for my kids and myself.

I found Lydia’s answers really interesting – I hope you have too, and that you’re curious enough to want to read Shine Shine Shine for yourself.

For the chance to win a copy of the new paperback edition, simply comment under this post, or tweet us @wordadventures and tell us why you’d like to win Shine Shine Shine, and we’ll pick five winners at random who’ll be sent the book, courtesy of Simon and Schuster.  Good luck! (UK residents only, entries picked at random)

Podcast: Two Good Reasons To Go Into Bookshops This Week 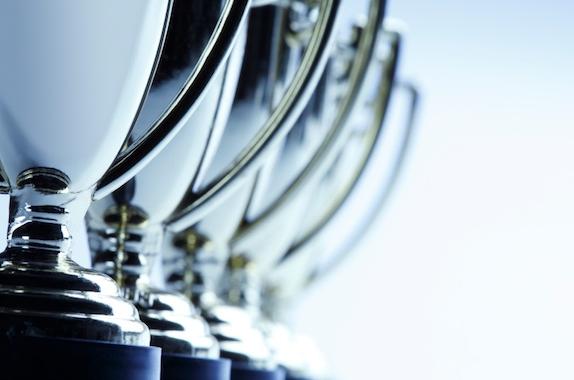