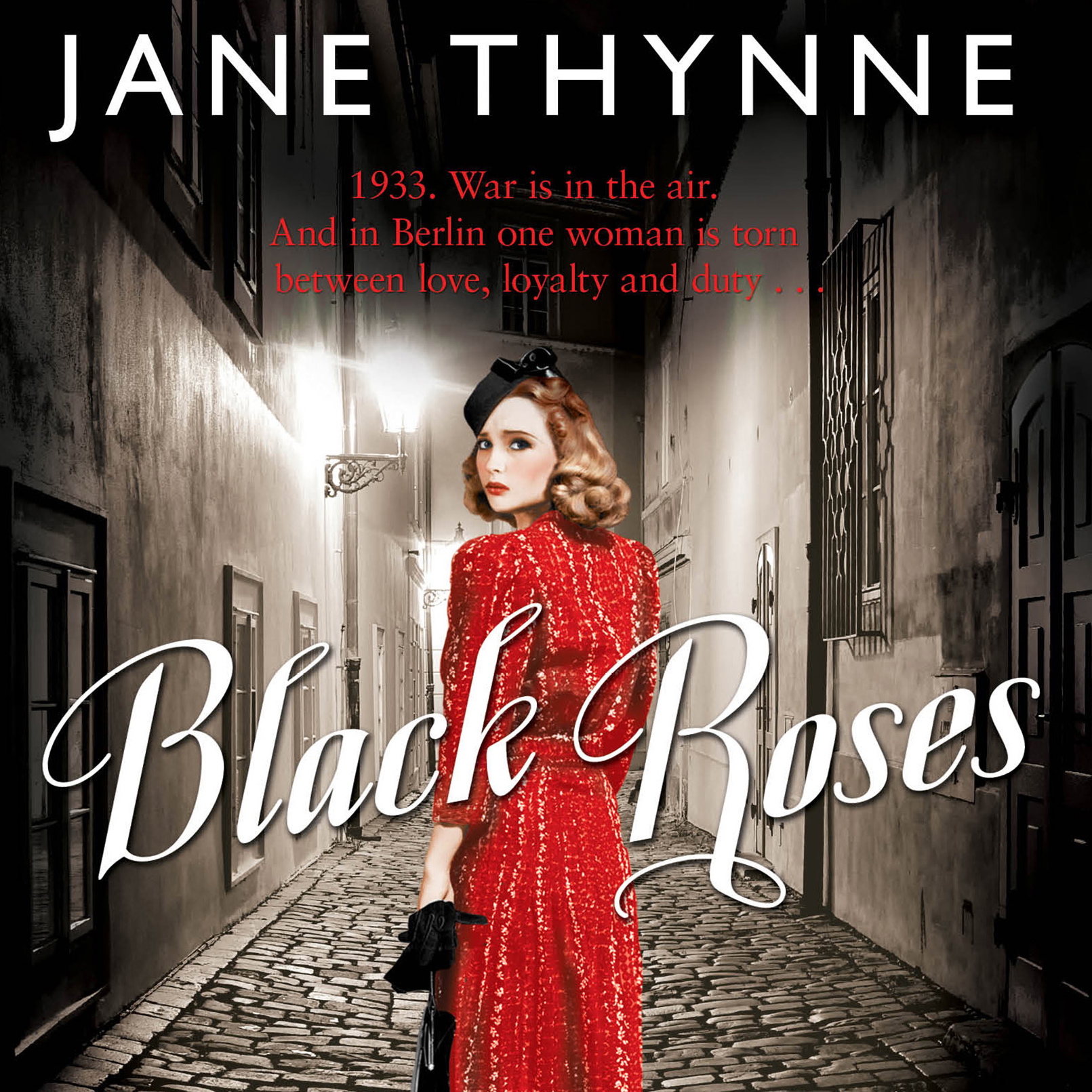 It’s the first stop on the Black Roses blog tour!  Earlier in the year, Kate read and reviewed Black Roses by Jane Thynne, which is now out in paperback.  We’d love to share with you again our review, and then later we have a Q&A with Jane herself, about some of the key themes of the novel… 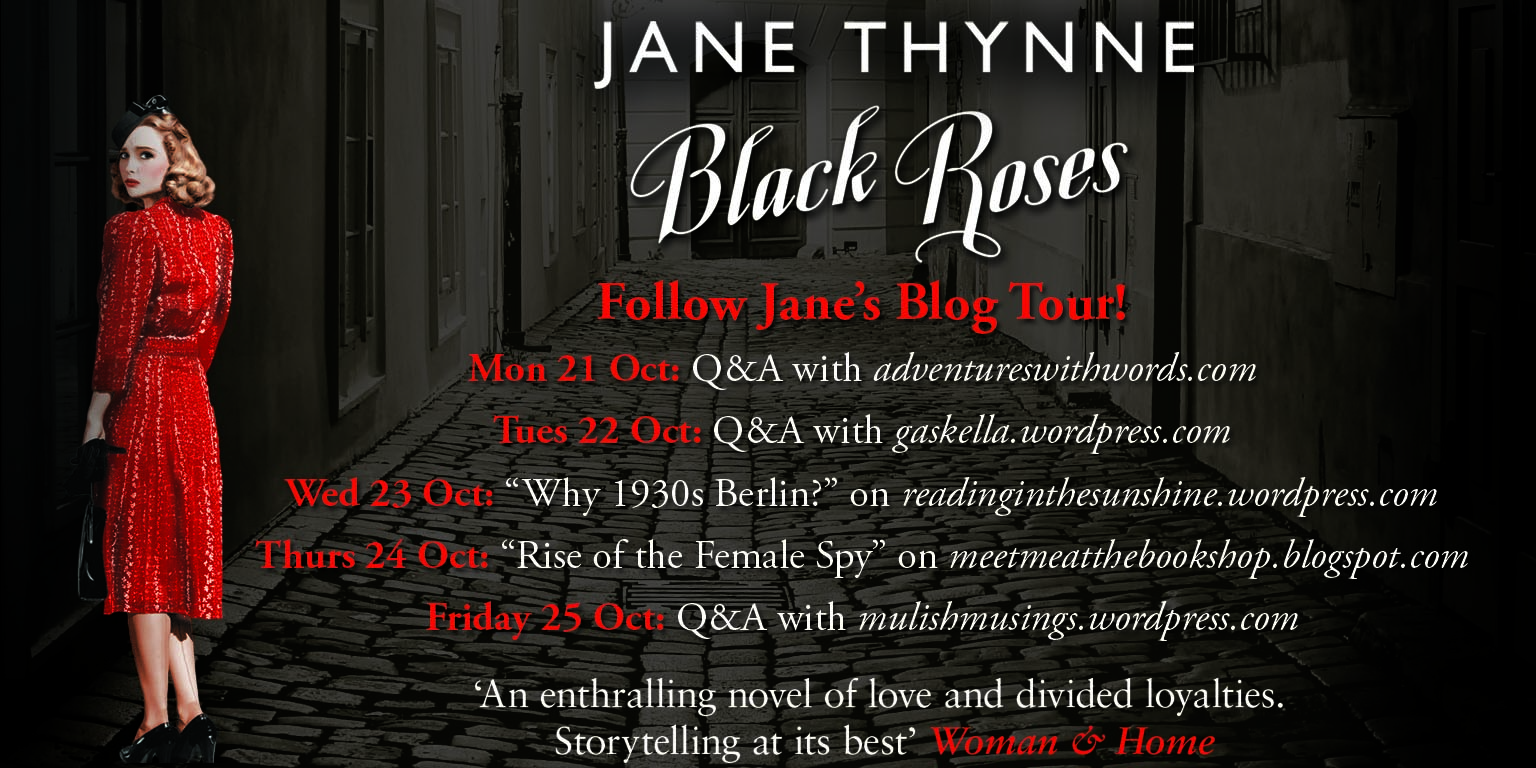 Berlin, 1933. Warning bells ring across Europe as Hitler comes to power. Clara Vine, an attractive young Anglo-German actress, arrives in Berlin to find work at the famous Ufa studios. Through a chance meeting, she is unwillingly drawn into a circle of Nazi wives, among them Magda Goebbels, Anneliese von Ribbentrop and Goering’s girlfriend Emmy Sonnemann. As part of his plan to create a new pure German race, Hitler wants to make sweeping changes to the lives of women, starting with the formation of a Reich Fashion Bureau, instructing women on what to wear and how to behave. Clara is invited to model the dowdy, unflattering clothes. Then she meets Leo Quinn who is working for British intelligence and who sees in Clara the perfect recruit to spy on her new elite friends, using her acting skills to win their confidence. But when Magda Goebbels reveals to Clara a dramatic secret and entrusts her with an extraordinary mission, Clara feels threatened, compromised, desperately caught between her duty towards – and growing affection for – Leo, and the impossibly dangerous task Magda has forced upon her.

When Rob and I went to a bloggers’ event at Simon & Schuster, I was drawn to Black Roses by Jane Thynne by its eye-catching cover art, a black and white image of a 1930′s glamorous actress which seemed to morph into an unfolding rose.  I thought the premise seemed really interesting; when it comes to historical fiction set around the two World Wars, we rarely see the role of women featured except for British Land Girls on the Home Front.  Also, Berlin between the wars was a fascinating place, politically and culturally, so I was keen to get an insight into the city from a new perspective.

Despite high expectations, I wasn’t disappointed by this novel.  Jane Thynne has clearly used a wealth of information and research to create a totally believable picture of the society and city in the years leading to the outbreak of World War Two.  I found the tacit acceptance of the Nazi regime during Hitler’s rise to power quite chilling, although it was interesting to hear different, German, views explaining why people were ready to accept a political leader with such destructive aims; there was a strong emphasis on promoting the positives of the German people and culture which to some extent masks the increasing persecution of Jews, at least for those not directly connected with them.

Unusually, the majority of the novel is from the viewpoint of a woman, the emerging actress Clara Vine, daughter of a prominent politician, who is also a Nazi sympathiser.  After realising that her fiance won’t allow her to continue her acting career, she runs away to try her luck at a film studio, Ufa, in Berlin, where she becomes entangled in the upper echelons of Nazi society when she’s asked to model new Germanic clothing by Magda Goebbels.  When Leo Quinn meets Clara and hears about her connections, he asks her to help gather information from her meetings with the Nazi wives.  I enjoyed the journeys of both characters; Thynne moves easily between the viewpoints and creates male characters who are just as believable as Clara and her associates.  As the characters moved around Berlin, I could picture the buildings and neighbourhoods, the tourist attractions like the galleries and zoo, the shops and monuments.  I found Muller, the Nazi official who takes a personal interest in Clara, particularly sinister, especially when Clara is obliged to acquiesce to his desires against her wishes.

Black Roses does not have the same high tension levels of a more traditional espionage novel, and Leo is certainly no Bond figure.  Both he and Clara are very human, vulnerable and fallible, but still doing what they feel is right in a political situation they cannot condone.  Perhaps some people will be disappointed by the slower pace and higher level of description and character development.  I enjoyed these aspects of the book; it made a great change from what I’ve come to expect of “war novels”, both in style and focus.

Black Roses is out now in paperback, published by Simon & Schuster.

Podcast: La La Land, Manchester By The Sea and bookpost 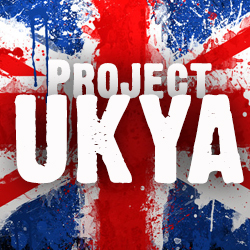