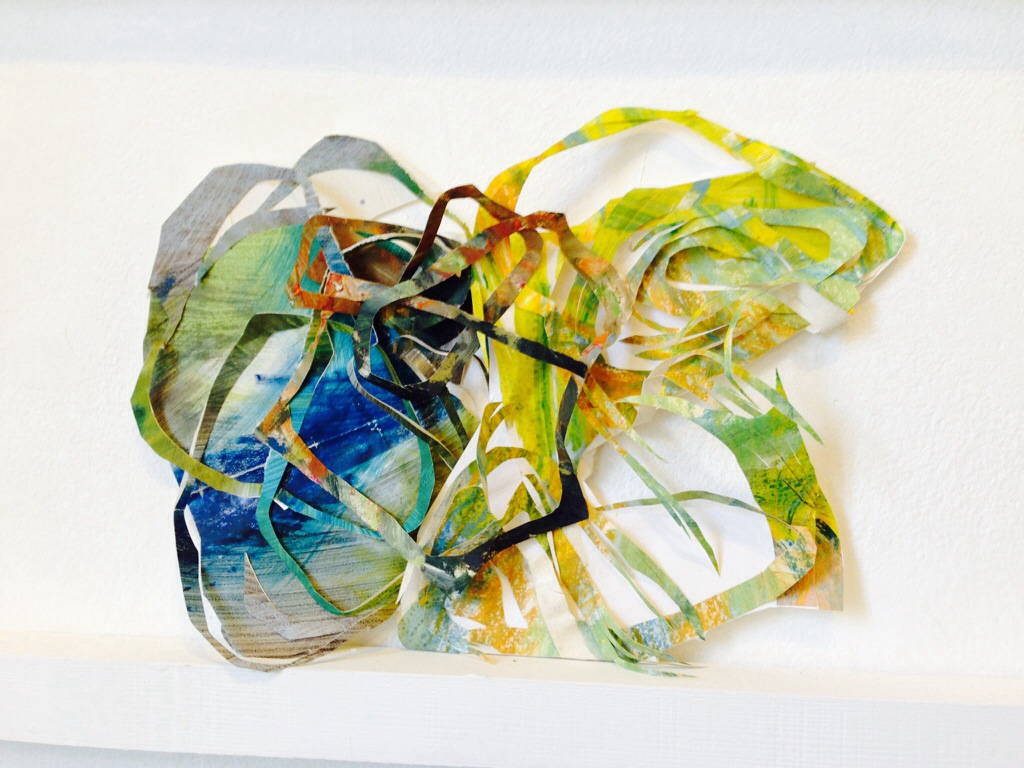 Kate and I were fortunate enough to be invited to The Minories, a professional contemporary art gallery run by Colchester School of Art, to look around their two latest exhibits.

Upon entering, I was immediately drawn by Mr Eighty, by Simon Newby. Inside an all white room, your eye is attracted to the shadows and textures and the lack of edges or borders. The Look, a large, white column dominates the space, while other artwork hangs around it. You want to wall around the column, eyes darting over it and as with the other pieces, there are no edges or frames to any of the pieces. It all blends into one. 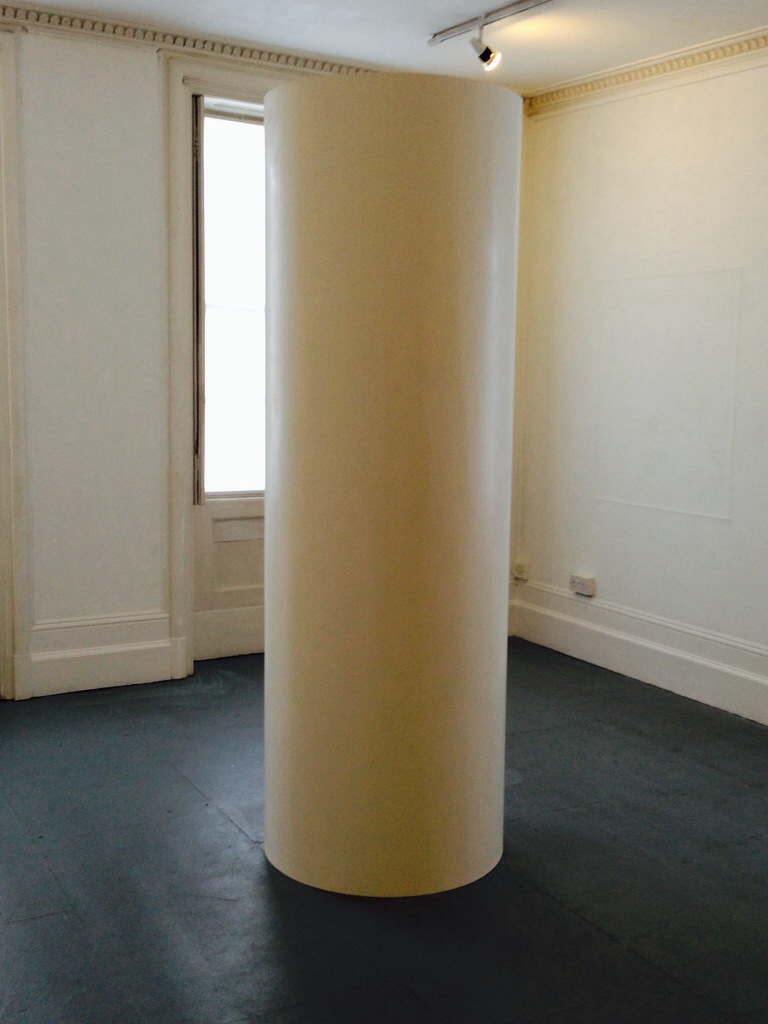 There are five untitled works, which at first glance appear to be shadows or textures but on closer examination, you start to see the layers hidden within them. All blend into the wall behind or in once case lift up from the space behind them, almost inviting you to look and investigate what lies underneath.

My favourite though was Relax, a shimmering, glass-like space on the far wall. It appears to hover and float in mid-air or perhaps indicate that something is missing from the space. I don’t want to say much more but if you gently blow on the edges, it all becomes ‘clear’. From one angle it is substantial, from another it disappears and I admire the thought and ingenuity behind it.

Across from this is Almost Seen by Colette Magnus. Set across two rooms, the first is a series of postcard sized pieces of layered and reclaimed artwork. Grouped into Glimpsed and Seedling, they themselves are grouped by a classification in the same that plants are classified in huge natural world. The smaller pieces had a fragile, organic feel to them, as if they had been grown from seeds themselves, while the workbooks that are behind glass show a themed but natural progression of Magnus’ work. Rich and colourful, one in particular evoked the feeling of sunset or of an autumn day. 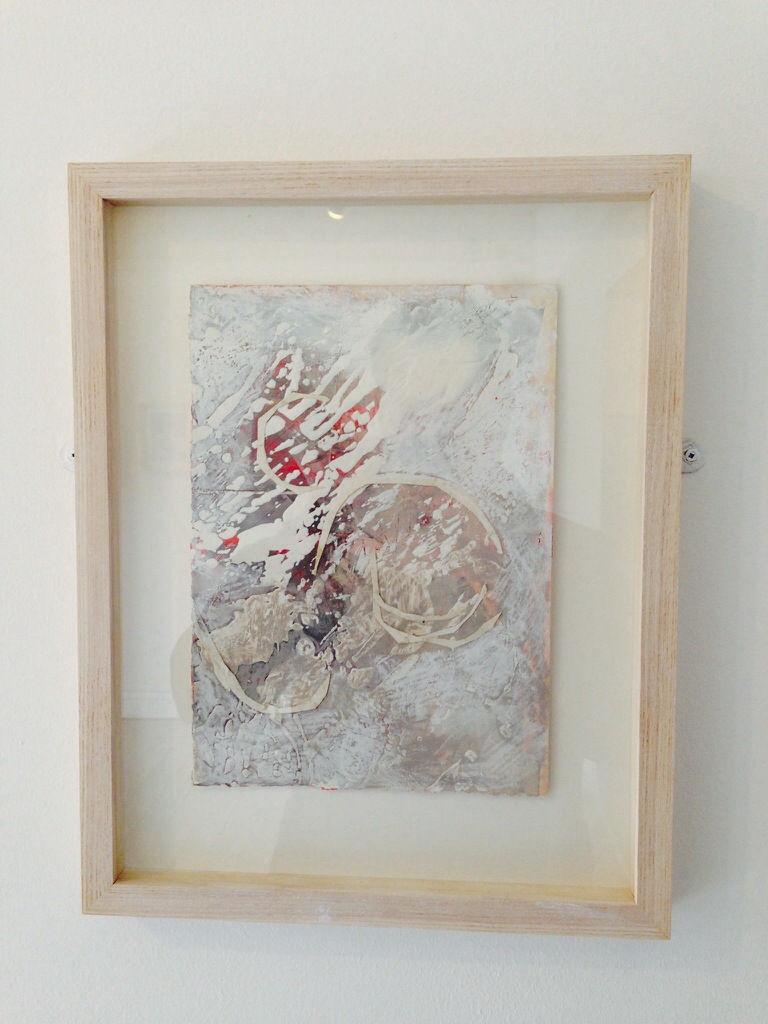 Up the steps by the large window are smaller pieces, once again with a natural and organic feel. These have then been magnified by the artist and the larger pieces dominate the walls around you. These seem to shift as you walk around the room and look back at them. At one moment it appeared as if you were looking through a window into a bush or branches of a tree, the next it appears as if they were aerial photography and you are looking down on the English countryside. I enjoyed admiring one piece and seeing patterns and shapes and then seeing it from a different perspective entirely moments later.

It was also fascinating to see the artist at work. Gridlines had been left in place where the artwork had been magnified from the smaller pieces and edges were left unfinished. We were told that Magnus may return to these later, that these might grow some more over time.

With both of the exhibits I became absorbed and enthralled, with each sharing themes and concepts, such as edges and borders, but exploring them in vastly different ways. For me, it was an entertaining and thought-provoking morning and one I would heartily recommend to others.

Both exhibits run until Christmas Eve and entry is free.  Thank you to everyone at the gallery and to Kaavous Clayton for the tour.