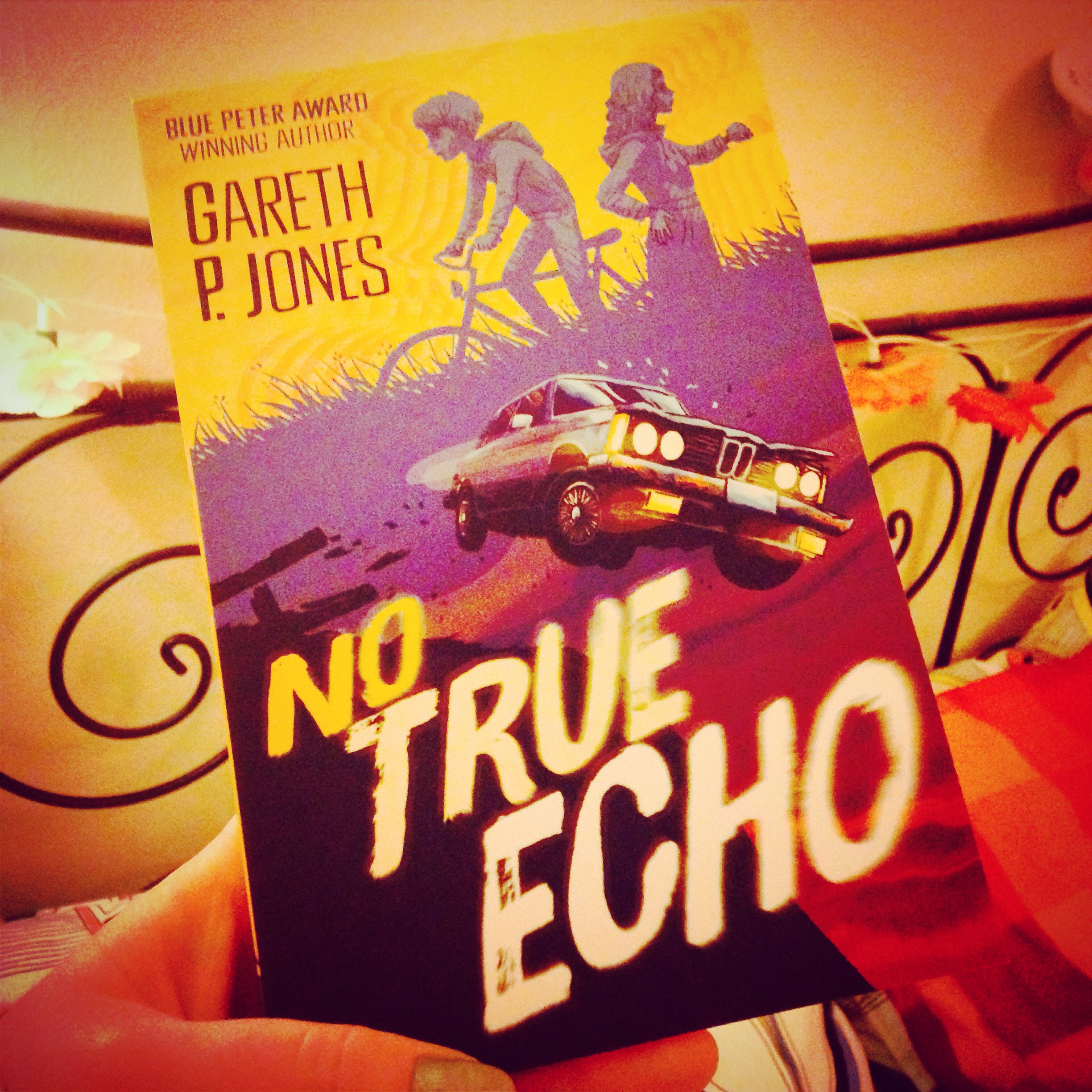 Eddie is pretty certain nowhere could be more small-town, more boring, and more inconsequential than his home town of the Wellcome Valley. Unfortunately, he is about to be proved spectacularly wrong.

Eddie’s problems start when he sees his teacher getting shot (possibly with an elastic band) and then promptly vanish into thin air. Or maybe they start just a little bit before then, with the arrival of Scarlett, a new girl in town who seems rather too confident and mysterious for your average schoolgirl. She attracts trouble (and Eddie) like a magnet, and she’s apparently only interested in two very strange things – protecting the local crackpot scientist, Dr Wolf, and telling Eddie absolutely nothing about what on earth is going on. Because things quickly go from weird to worse for Eddie, and he’s about to find himself in the middle of a dangerous battle for the fate of not just himself, Scarlett and the town – but Time itself.

You spend ages waiting for a good time travel book, then two come along at once! After reading and enjoying The Door That Led To Where by Sally Gardner (read my review here) with its mysterious, magical portal from a modern day carpark to a rundown corner of pre-Victorian London, I picked up No True Echo by Gareth P Jones. There’s time travel here too, but we’re not in a gritty London council estate. Instead, we’re tucked away in an apparently quiet, unassuming rural corner of the UK, which is about to become the crucible for an extraordinary – and dangerous – scientific discovery. There are surprising – and shocking – revelations in store for Eddie, as his meeting with Scarlett draws him into what may be a murder mystery.

No True Echo was a thrilling, fast-paced and also funny read, which I found thoroughly enjoyable. The plotting is great, moving between two character perspectives, with some big twists, but I especially enjoyed Eddie, his relationship with best friend Angus, and his approach to life generally. There’s a dry humour running through the book; Eddie has the natural curiosity of a twelve-year-old combined with a long-suffering, philosophical nature when it comes to strange occurrences and risky situations. He was very engaging, and a great companion on this twisting, turning journey, as he relives the same few days apart from a few key details. I loved the hints of espionage, the odd memory lapses that characters experience and the Eddie’s frustrated resignation as he’s told he’s not allowed to know the answers from his perfectly reasonable questions. Scarlett is also a fantastic character, with plenty of brains, bravery and agency. Initially, she’s intriguing to the boys simply as a new – pretty – girl at school, but Eddie soon discovers there’s far more to her than meets the eye; a scene with Scarlett, a stolen car and a panicked cat was a real highlight for me.

While I felt Eddie was the main character, this is actually a dual-narrative book. Our second narrator is Liphook, with whom the story starts. We meet her when she visits something called the National Museum of Echo Technology as an elderly woman with a no-nonsense attitude. When she comments to a museum assistant that the recreation of a room looks different because she remembers there being “more blood”, my curiosity was immediately sparked. This unexpected phrase draw me in, especially as our main narrator is a young boy – I wasn’t sure how the two would fit together, but Jones’ version of time travel means quite awful things can take place with – apparently – few serious consequences.

Jones’ time travel is known as ‘Echo Technology’ – and technically, it’s not really Doctor Who-style free time travel. It allows someone to travel into their own past, but – obviously – making any changes will affect the present and future, thereby creating a new ‘timeline’. Think The Butterfly Effect, but with less Ashton Kutcher. Some writers might spend ages going through quasi-scientific explanations but I really liked that we were told the basics but assured by a number of characters that the details are far too complicated for a layman to understand and not to worry. It avoids making up lots of silly invented terminology but also put the reader on the same level as Eddie, an unwitting part of a bigger process.

I found No True Echo a reading rollercoaster ride. It’s packed with adventure and excitement, humour and also some very moving scenes as Eddie uncovers more about his family and struggles to balance his need to solve the puzzle with looking out for his friends and loved ones. I was completely hooked from the first page and there was a little something hidden at the very end which left me with chills. This really is a masterpiece. Grab it now!

No True Echo is out now in paperback from Hot Key Books, at £6.99. If you enjoyed this, Hot Key also publish Gareth’s books Constable and Toop, and The Society of Thirteen.

Thank you to Hot Key Books for providing me with a review copy.

Podcast: YA Edition - Lisa Williamson and The Art of Being Normal