On Tuesday 17th February, Rob and I were very pleased to be invited by Will of Vintage to head along to Drink Shop Do, on Caledonian Road near King’s Cross in London, to Speakeasy Presents 10 for ’15 – ten novelists (including two of Vintage’s authors) reading from their latest book. It gave us all a sneak preview of what the books were like, and a chance to catch up with some of our bookish buddies too. 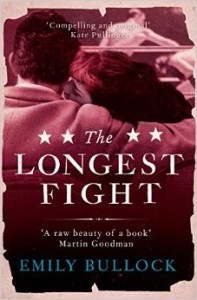 With the evening compered by Ian Ellard and Tom Pollock, we were soon off to a flying start with Emily Bullock, reading the opening of her novel The Longest Fight. We were in prime position at the front of the room, but the light was behind the authors to please forgive the lack of photos from the evening. The Longest Fight was inspired by the experiences of Emily’s grandfather, boxing in East London. It’s not a topic I’d naturally gravitate towards, but the historical and cultural presentation sounds really interesting and the section that Emily read allowed, about a man’s last moments before his hanging, was chilling. 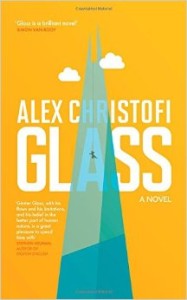 Next up was Alex Christofi, reading from debut novel Glass. In our first podcast of 2015, we talked about The Guardian’s debuts of 2015 to watch, and this was something that – on paper – didn’t appeal to me at all. HOWEVER, hearing Alex read out a section, again from the opening of the novel, definitely changed my mind. The narrator’s voice was really engaging (much more so than I’d found in Capital by John Lanchester, which on the surface has a similar premise), with the main character, Gunther, taking about his relationship with his younger brother. I’m happy to say it’s a woman’s prerogative to make up her own mind – and change it too – so I’m now looking forward to reading Glass if a copy comes my way. 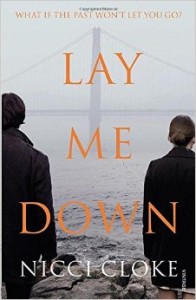 Third on our itinerary was Nicci Cloke, the first of two Vintage authors on the order of play. She read from Lay Me Down, her second novel, which focuses on the relationship of a young couple who have moved to San Francisco and struggle to adjust to Jack’s new job working on the Golden Gate Bridge. Nicci read an extract as the couple look around their new house, and I loved the descriptive detail of the domestic setting as well as the underlying tensions starting to emerge. Lay Me Down is out now in paperback from Vintage. 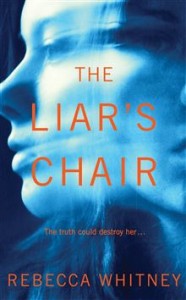 We next heard from Rebecca Whitney, reading a section from The Liar’s Chair which poses the question, what if the thing you were most afraid of was your husband? This is a psychological thriller but Rebecca hasn’t shied away from physical threat either – the part she read out involved drunk driving, a country lane at night and a nasty collision with potentially devastating consequences. The pacing was great and it’s definitely piqued my interest.

Antonia Honeywell was up next, reading from her debut The Ship. Set in an alternate not-so-distant-future, with London self-destructing under pressure from disastrous climate change. The main character narrates – she’s a sixteen year old girl whose father has in charge of the eponymous ship, a modern-day ark and a crucible for ensuing drama. This has a definite flavour of young adult dystopia about it, but the marketing has been ambiguous so I’m keen to give it a try and find out for myself. 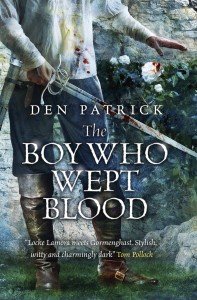 Den Patrick continued proceedings with The Boy Who Wept Blood, the follow-up to much acclaimed magical fantasy action adventure The Boy With The Porcelain Blade. The extract Den Read out for us sounded bloody, dark and dangerous, in a definitely grown-up way. I’ve not read the previous book yet, although why I’m not sure as this ticks a lot of my usual boxes. I’ll be sure to let you know what I think when I do.

Peter Swanson read us a section from his darkly funny novel The Kind Worth Killing, set in an airport departure lounge, as a man ponders murdering his wife and discovers a willing accomplice in a female fellow traveller. This is certainly one of the most unusual premises for a novel I’ve come across and sounds like a good choice for people who like unreliable or untrustworthy narrators.

Second Vintage author of the evening Ruth Ware treated us all to a real exclusive. Her debut thriller In A Dark Dark Wood doesn’t publish until July, so she read from the latest manuscript draft, giving a taste of this tale of a hen night that goes horribly wrong – and we’re not just talking bad hangovers. We heard a character apparently running for her life, then waking up in hospital. I’m looking forward to the summer so I can discover what on earth is going on! 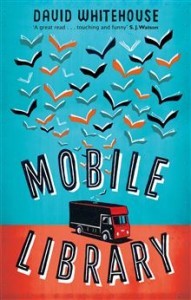 Our penultimate novelist of the night was David Whitehouse, reading from his second novel Mobile Library. I’d heard a lot of general buzz about this book, but didn’t know what it was about. The short section we heard was very moving, with a small child talking about his far-from-perfect family and his escapes into a world of imagination. This is definitely on my To-Read list, but I imagine I’ll need to have some tissues handy.

Last but very much not least was Shelley Harris, whose second novel, Vigilante, has also created a lot of chatter. Main character Jenny Pepper refuses to accept the fact that she’s not extraordinary, and, after encountering a vigilante in action, decides to be a hero with surprising consequences. I’m reminded a little of Kick-ass, the comic and film, but I love that Shelley has a main character who’s a middle aged woman, because who says you have to be a late-teen young man to rescue people? This is another book going straight on the TBR.

Rob and I both had a great evening, so huge thanks to Will at Vintage for inviting us. It was also love to catch up with Simon of SavidgeReads, Kim of Reading Matters, Naomi of The Writes of Woman, Jim of YA Yeah Yeah, Sanne of booksandquills and Hot Key Books, and to meet Jen and Nina too. As well as being Vintage’s Community Manager, you can read more from Will at his own blog too. Finally, Drink Shop Do was a great venue – there’s tons of fantastic stuff going on there, so if you’re in the King’s Cross area of London, do check it out!

Podcast: A Quick Catch-Up, Drink Shop Do and #TeamNice 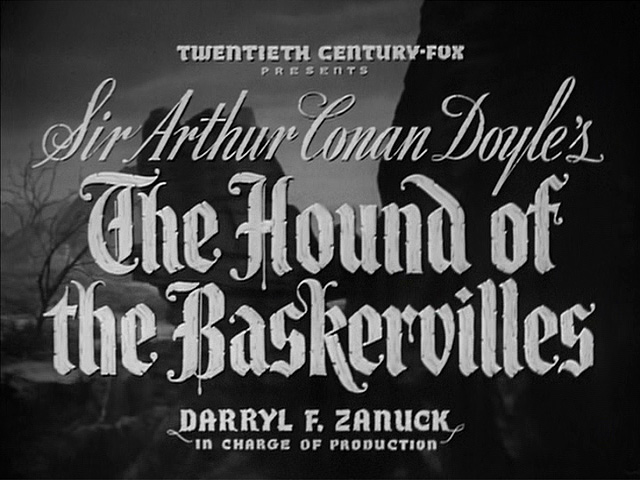 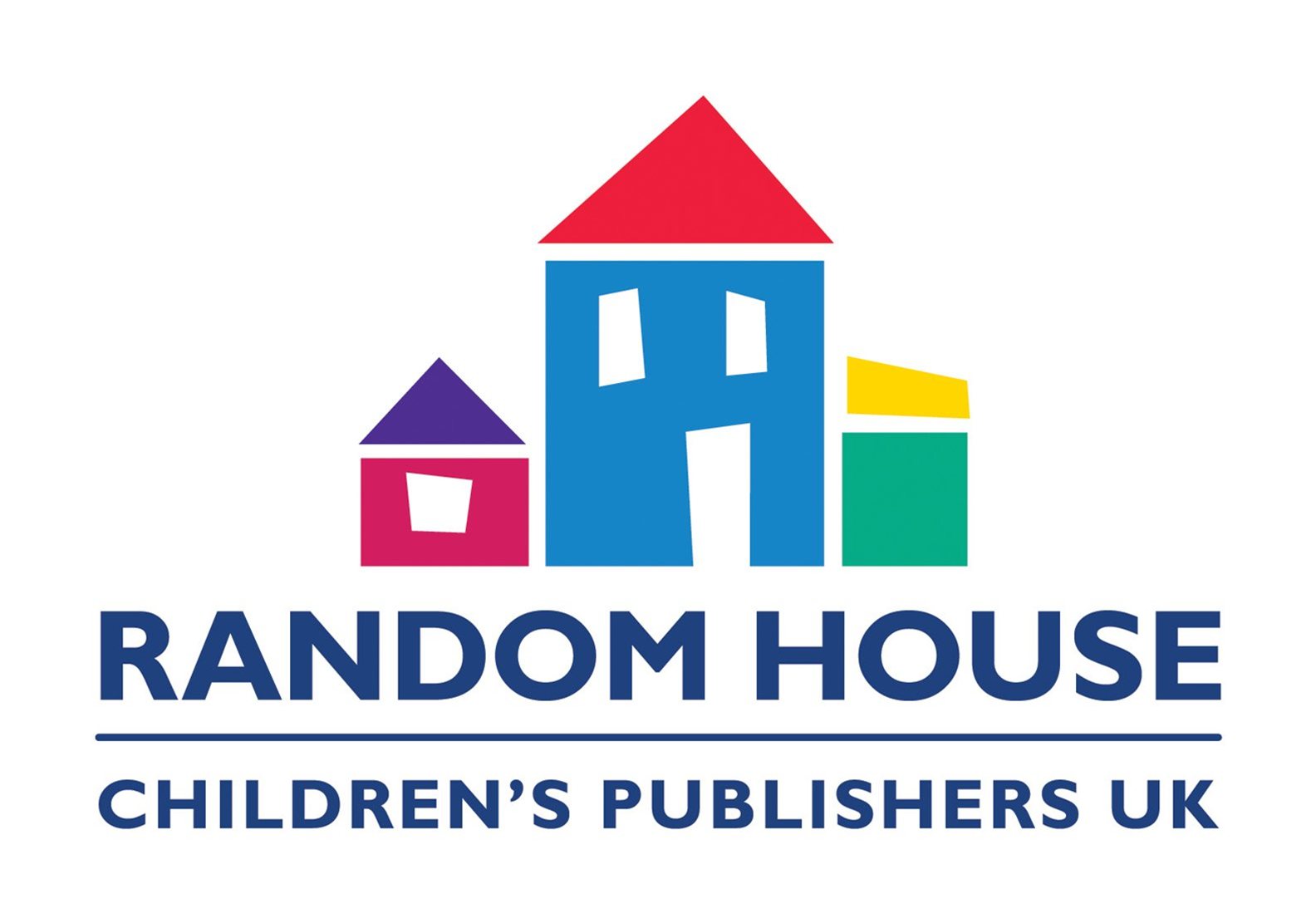