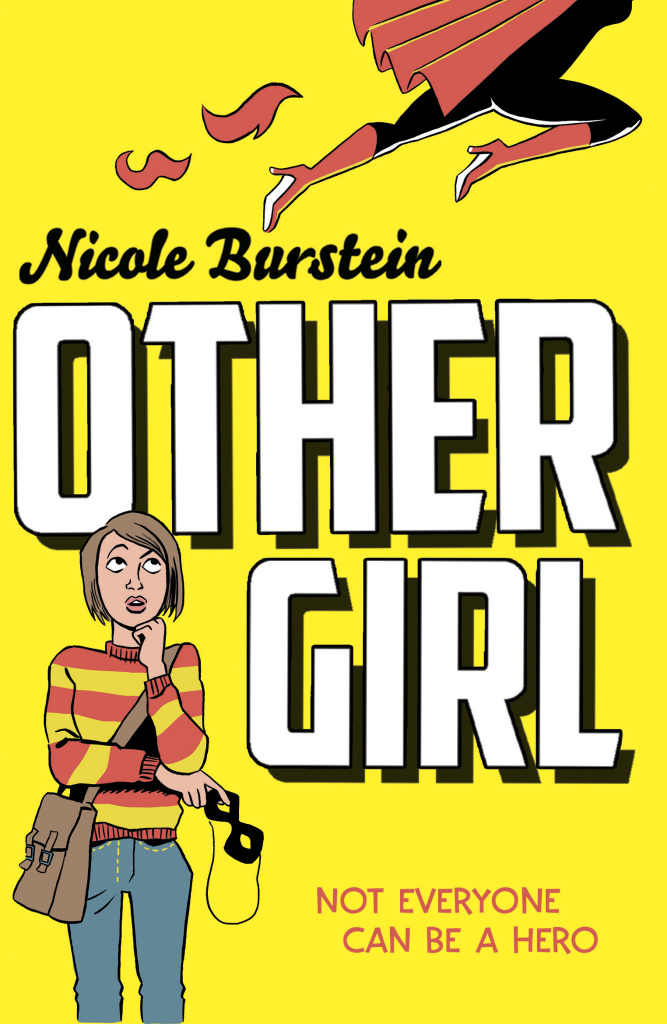 A teenage girl with a burning secret…(…and a lot of homework).
A worldwide network of superheroes looking for hot new talent…and a best friend left behind to pick up the pieces.
Louise and Erica have been best friends since forever. They’re closer than sisters and depend on each other for almost everything. Just one problem: Erica’s a freaking superhero.

When Erica isn’t doing loop-the-loops in the sky or burning things with her heat pulse powers, she needs Louise to hold her non-super life together. After all, the girls still have homework, parents and boys to figure out. But being a superhero’s BFF is not easy, especially as trouble has a way of seeking them out. Soon Louise discovers that Erica might be able to survive explosions and fly faster than a speeding bullet, but she can’t win every fight by herself.

Life isn’t a comic book: it’s even crazier than that.

When someone you’ve become friends with sends you an advance copy of their debut novel, the experience is a piquant mixture of excitement, anticipation and the acid tang of anxiety – you’re desperate to love it, because you like the person so much… I can’t deny the huge thrill I felt, taking this gorgeously designed book (congrats to John Riordan) out of its bright yellow padded envelope but I was confident I wasn’t going to be disappointed. Nicole had hinted at the main threads of the story – friendship, celebrating the importance of brains and ingenuity, poking fun in the most affectionate way at the superhero trope – all of which sounded like exactly the sort of thing I’d enjoy. It is a testament to Nicole’s easy, impeccably judged prose style, instantly engaging characterisation and zipping plot line that Othergirl not only met my high expectations but raced past them, faster than a speeding bullet. 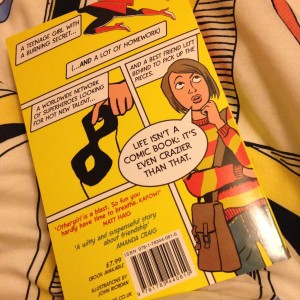 I devoured Othergirl in two sittings, instantly falling for Louise, in whom I could see so many of my own traits and hang-ups. She may be Erica’s ‘sidekick’ but she’s so much more than that. She’s funny, clever, tries hard to achieve what she wants and is also loyal, but without ever seeming like a goody-goody. Louise and Erica (despite her superhuman talents) both feel totally real – essentially good but also flawed, experiencing low self-esteem, self-doubt, jealousy and envy in the way that all teens do at one time or another. There are some romantic elements – Louise realises that Toby, her longtime library buddy, may be more than that, and Erica is swept away in the excitement of receiving attention from moody older boy Jay, but it’s the friendship between the two girls that is the lynchpin of this fantastic UKYA debut. And that’s certainly how it was for me – ovaries before brovaries, as Amy Poehler would say.

I also enjoyed this book hugely as a comic book character fan. I came to superheroes through cartoons – anyone else remember watching Defenders Of The Earth and X-Men on a Saturday morning before Going Live? I also have a big love for the original live-action Batman TV series, with its overlaid “BIFF”, “POW” and “THWACK”, its slight whiff of cheese and air of self-awareness, as well as recent, darker reincarnations. Done right, comic books show how anyone can make a difference, irrespective of their background and apparent shortcomings. It’s what’s underneath that counts (with the optional addition of a little gamma radiation). 2015 is the perfect time for the world to discover Othergirl. Nicole’s commentary on the way we hero-worship people with superpowers neatly punctures the current Hollywood obsession with comic book film franchises by bringing the story back to an everyday personal level. The coverage of the superheroes in the public eye of Othergirl’s world also acts as a metaphor for the media’s fetishisation of celebrity and the various ideals of appearance, clothing, make up and behaviour to which teens are supposed to aspire. Did I mention, it’s also a great fun read?

I was lucky enough to be invited to the launch party for Othergirl on Thursday. It was a wonderful celebration, with an incredibly positive atmosphere. You can tell how excited we all were to welcome this fantastic book into the world. It’s out now. Grab yourself a copy quickly – it’s sure to fly off the shelves… 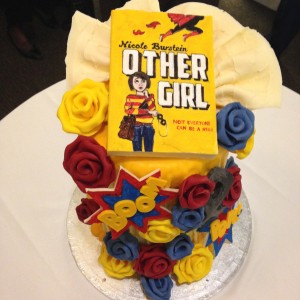 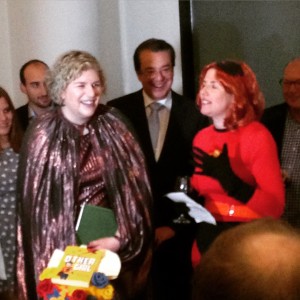 Thank you to Nicole and to Andersen Press for sending me a copy of Othergirl, which is out now in paperback, £7.99, in all good book shops.

Podcast: Birth of the Book Parts One and Two 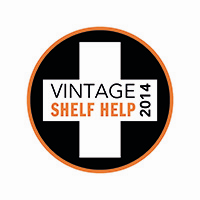 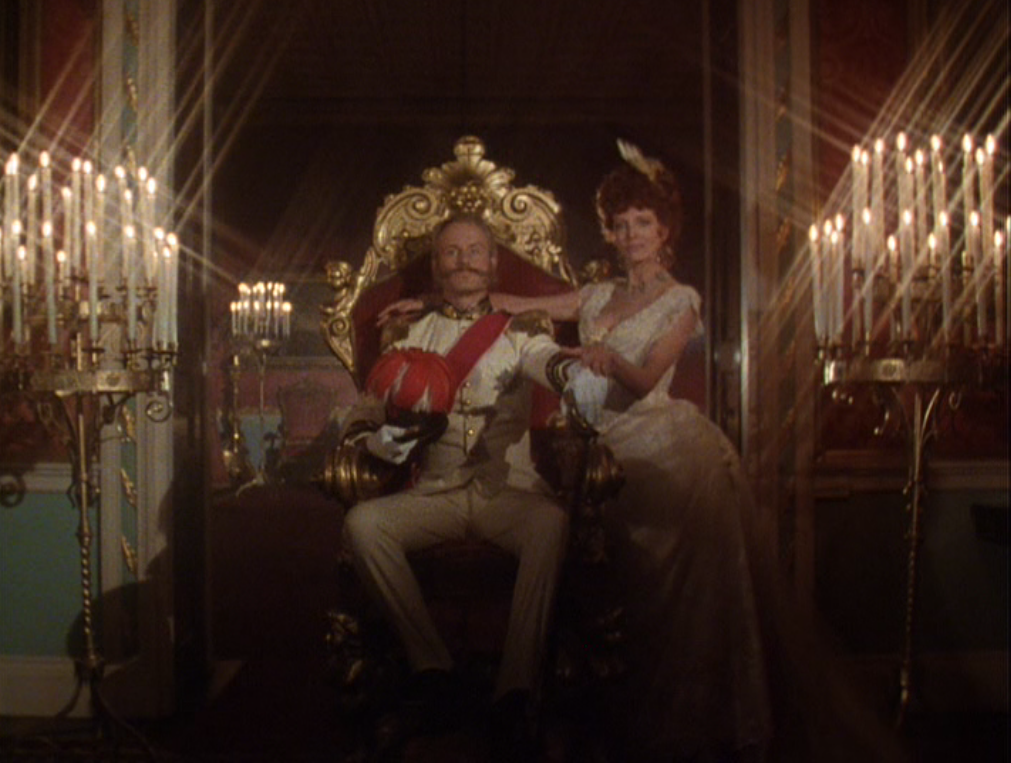 A Scandal in Bohemia

Podcast: Bookish Events and What We Are Currently Reading